In this language post, we go undergo the challenge of assessing Korean vs Japanese. Given their geographical closeness, you may assume that Japanese and Korean are very similar languages. After all, both cultures certainly have a long history together. However, the two languages are very different, as indeed are their cultures.

In this article, we will be detailing the differences between the two languages, including:

👍 The characters used in both languages.
👍 Dialects and tone.
👍 Common idioms and expressions.

Oh, while you’re here! If you’re interested in learning Korean or Japanese, check out our reviews of these two language courses, Rocket Korean and Rocket Japanese.

Korean and Japanese are spoken widely, all over the world. Of course, they are also spoken in their respective countries – Korea and Japan.

The controversial history between Japan and Korea means that any discussion of the difference between their language will always have political undertones, especially when trying to compare and contrast them.

Japanese is the de facto first language of Japan. By this, we mean that it is not an official language with an official status, but it is widely acknowledged as the main language there.

It is also officially recognized by Palau and Angaur.

As well as this, many countries that were occupied by Japan in the past (Korea, Taiwan, parts of China, and parts of the Philippines) would also have been made to speak Japanese as it was the language of the Empire.

Korean is widely spoken in both North and South Korea and is acknowledged as the official language of both countries.

It is also officially acknowledged in the Yanbian Prefecture and Changbai County in China. As a minority language, Korean has recognition in parts of Russia and other parts of China.

That being said, whilst there are only a handful of places in which Korean and Japanese are recognized as official languages, they are both spoken on every continent around the world.

The characters and scripts used in Japanese and Korean writing may both look similar and indistinguishable to the untrained eye but they are very different! They both have different writing systems.

The Korean writing system is the Hangul (also known as the Chosŏn’gŭl in North Korea). On the other hand, the Japanese writing system consists of three different ones, the kanji, the katakana, and the hiragana. The kanji system is made up mostly of adopted Chinese symbols.

The exception is when it is used as a means of clarifying homophones. This happens on television subtitles, historical studies, and legal documents. In North Korea in particular, the use of hanja has been removed because of the Sinic influence.

Kanji and Kana are the most commonly used systems in Japan and both are combined together.

As we know, the kanji is the name given to the adopted Chinese symbols. The kana is actually a combination of two different systems used together to represent the same sounds. They have composed primarily of syllables and each used for a different purpose. 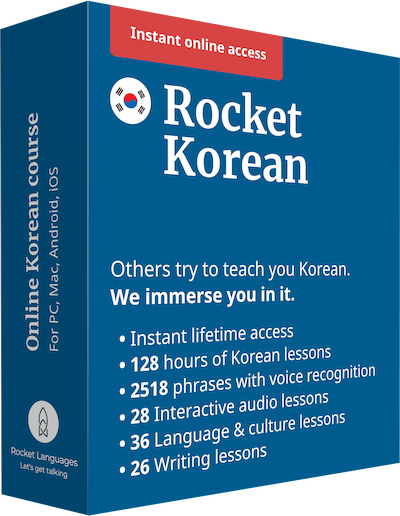 Korean and Japanese also differ when they are being spoken. That is, they use different sounds. You may think that this means nothing in the bigger picture.

Surely if you have the bases of the word or sentence right then people will still understand what you mean. However, this is not true.

In both Japanese and Korean, the use of pitch is very important and can change the meaning of your whole sentence immediately.

For example, the Korean word 눈 can mean both ‘snow’ and ‘eye’. The only difference is the pronunciation which has a longer vowel sound for ‘snow’.

The tone is also very important in the Korean language, but we will explore this in greater detail in the next section.

In Japanese, the way the language is spoken and the pitches used can also be important.

However, unlike Korean, they are not tonal. They do have a similar issue to Korean with many words looking and sounding the same but having different meanings.

There are more Korean sounds than there are Japanese sounds. The good news is that the Korean language uses all of the same sounds as Japan (with the exception of the /z/ sound). They just add on a few more extra sounds.

This means that if you can grasp an understanding of the sound in Japanese (this language is known to be the easiest of the languages in Asia for an English speaker to learn), then you are set in good stead to understand the sounds of the Korean language.

We mentioned in the previous section that tones are very important.

Now, the concept of tone is not used in Japanese, but in Korean, it is very important. The tone you use when speaking can completely change the meaning of what you are trying to say. It depends on the pitch you use to say it.

The Korean language uses four tones, this means that a word could possibly have four different meanings, depending on what tone you use.

On the other hand, in the Japanese language, there are no tones used (although, as you know from the section above, the language does use pitches to great effect).

Expressions and idioms are the best parts of any language in our opinion, and both Korean and Japanese are full of some wonderful ones. We wanted to show you some of our favorites in this section of the article.

🇰🇷 너무 한가해서 파리를 날리고 있다 (Literal translation: It’s so idle that there are flies flying around.) – This translates to ‘being in a slump’ and ‘having no customers.

🇰🇷 제 눈에 안경이다 (Literal translation: Glasses in my eyes) –  Although the literal translation is a little confusing, this is the Korean version of the phrase ‘beauty is in the eye of the beholder’

🇰🇷 눈이 높다 (Literal translation: eyes are high) – The meaning of this is the act of having high standards or unrealistic expectations, especially in relation to when a person expects too much from a romantic partner or suitor. 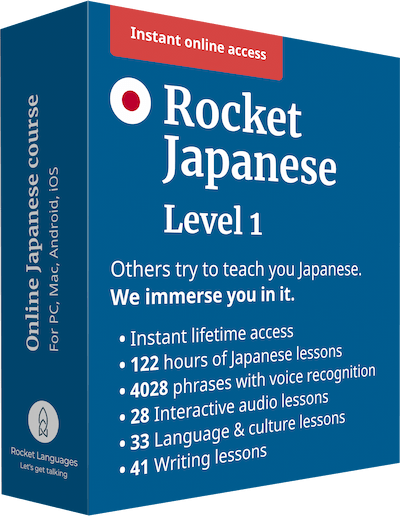 Now that you know all about these two wonderful languages we are sure that you cannot wait to get stuck into learning them.

Before you go off and pay for a language tutor (or an expensive trip to Japan or Korea) we wanted to draw your attention to two of the best courses for learning each of the languages.

We have researched lots of different language courses (well, obviously, that’s our job!). To us, there are some real stand-out courses available for both Japanese and Korean. These suit learners of all levels from beginner to advanced.

The Best Course to learn Korean Rocket Korean, part of the Rocket Languages series, is a language learning app that uses audio lessons, interactive exercises, an

d readings to get you to a conversational level in a foreign language.

Through its structured and proven successful process, you will begin to understand more about all aspects of Korean. Rocket Korean offers all users a free trial. Be sure to check out our Rocket Languages Review.

FluentU is a language-learning platform that brings language learning to life through language immersion with real-world videos.

It provides users with an immersive learning experience through commercials, interviews, music videos, tutorials, and more.

By teaching through video, FluentU helps you to interact with your target language in a way that many apps cannot. Be sure to check out our FluentU Review.

Mondly Korean is a fun, easy, and effective language course designed by language experts. The course differs from many others due to its use of VR (Virtual Reality).

Mondly is a great resource for any language learner who benefits from visual tools and flashcards. Check out our Mondly Review. Japanese is spoken a little more widely compared to Korean, and as such, there is a little more in the way of courses available for

One of the best ones that we have found is by Rosetta Stone. They have lots of free resources available fo

r you online but the star of the show is the paid-for courses you can purchase from them.

They are aimed at beginners and as you learn more you move on to more advanced content.

The lessons are short and fit well into the busiest of lifestyles. It also introduces you to reading, writing, and listening skills as well as speaking, giving you a well-rounded education and a solid foundation for conversational Japanese (this comes a little later in the course).

Pimsleur Japanese is designed to get you conversational in Japanese as quickly as possible. Its course structure is based on its own successfully proven method. Pimsleur Japanese contains 210 thirty minute audio lessons with plenty of additional review content.

Pimsleur offers all users a free 7 day trial in a variety of popular languages. Check out our written review of Pimsleur Japanese with the corresponding video below.

As you can see, both Korean and Japanese are unique and wonderful languages. Whilst they share similarities, they are both clearly very different.

Given the history between Japan and Korea, it remains that there will be some words that are similar.

From their tonal usage to their script, they are not as similar as you may expect for their geographical closeness.

Thank you for reading our article; we hope that you enjoy learning these languages for yourself!

Oh, while you’re here! If you’re interested in learning Korean or Japanese, check out our reviews of these two language courses, Rocket Korean and Rocket Japanese.