Welcome to your simple guide to Spanish and Latin music! Today, I am going to run down some of the popular genres of this broad and varied musical style.

We’ll look at musical expressions from across the Americas and Spain, discuss the themes they explore, and dive into their origins.

By the end of this guide, you’ll be ready to take to the dance floor and celebrate the wonderful diversity of Spanish and Latin American music.

An Introduction to the Latin Music Genre

Latin America generally refers to all the countries in North, Central, and South America that speak Spanish and Portuguese. Sometimes French Caribbean countries are also included in this definition.

Latin music is music originating in Spain and Latin America. This term encompasses a wide range of genres, styles, influences, and music. As you can imagine, there are endless subgenres and styles of Latin music. Today, I will take you through some of the most prominent.

You’ll hear a lot of brass instruments in Latin music, as well as various string instruments and African percussion instruments. Latin music is considered to be a kind of “world music” as it doesn’t follow North American or British pop and folk traditions.

There is a huge African influence in Latin music as the African slaves brought their music with them to the new world and their rhythms changed Latin music forever. Salsa, Bachata, Merengue, Samba, and many more Latin music genres have been shaped by African beats. 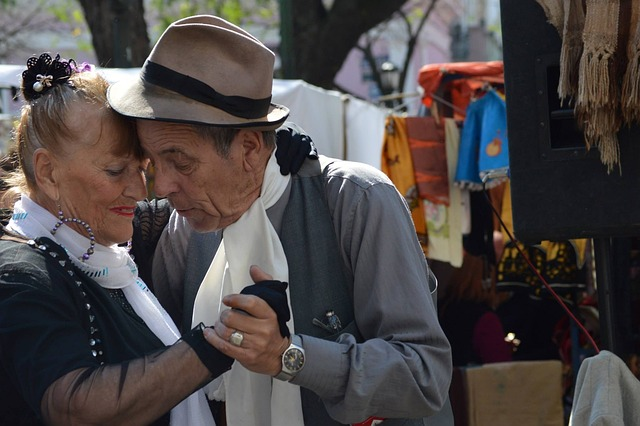 Traditional salsa music has its roots in Cuba and Puerto Rico. It is created with a three-drum section of bongos, congas, and timbales.

Salsa’s distinctive feature is its complex, syncopated rhythms. This means that you highlight the spaces between the notes (“one-and-two-and-three-and-four”).

Celia Cruz is hailed as the Queen of Salsa music, and other notable artists include Marc Anthony and Rubén Blades. Salsa incorporates a variety of musical styles including rock, jazz, and other Latin American musical traditions.

Modern salsa was born in New York City in the late 1960s and early 1970s and to this day it is constantly evolving.

Originating in the poorer areas of the Dominican Republic in the 1900s, Bachata music has Spanish influences and elements of African and Indigenous music. This style of music represents the diversity of the Dominican people.

A Bachata group is made up of five instruments: requinto (lead guitar), Segunda (rhythm guitar), bass guitar, bongos, and a metal scraper known as a güira. The songs are often romantic and deal with themes of sadness and heartbreak.

Merengue music also originated in the Dominican Republic, but is popular across Central America. This style of music gained popularity in the mid-1800s and is defined by its slow tempo and sentimental melodies.

Traditionally, Merengue music was played with European string instruments, but these were replaced by the diatonic accordion, a two-sided drum also known as a Tambora, and the güira.

Samba is a Brazilian music genre that has its roots in the Afro-Brazilian communities of Rio de Janeiro in the late 1900s. This genre of Latin music is played predominantly on percussion instruments and accompanied by strings.

Carmen Miranda and Cartola are two iconic Brazilian artists who are famous for shaping the Samba genre of music.

Established in Argentina in the late 1800s, the Tango was born from the diverse population of migrants arriving in Argentina at the time. Its influences include polkas, European minuet dances, and African rhythms.

Tango music was first played in dance halls and brothels in Buenos Aires and Montevideo. The songs deal with themes of sadness and loss. Juan D’Arienzo and Carlos Gardel are well-known Tango musicians.

The Tango can be played by one solo guitar, a guitar duo, or an ensemble. The ensemble typically has at least two violins, a flute, a piano, a double bass, and at least two bandoneóns, which are from the concertina family of instruments. 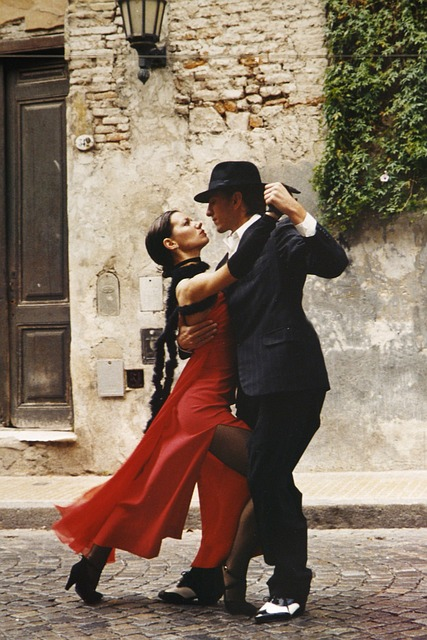 While Rumba now refers to a variety of musical styles, the word was first used in Cuba to refer to party music. Cuban Rumba is based on African music and dance traditions.

Percussion, vocal improvisation, and elaborate dancing are all characteristics of this Cuban music, which has a medium to fast tempo.

Mariachi music dates back to the 1800s and evolved in the countryside of western Mexico. A Mariachi ensemble includes as many as eight violins, two trumpets, at least one guitar, and stringed instruments like the vihuela and deep-bodied guitarrón.

All members take turns singing lead and backing vocals. The lyrics of Mariachi music tend to be passionate and express a strong sense of national identity and pride.

This genre of Mexican music is joyful and uplifting and is often played at birthdays, baptisms, and weddings.

The development of Jazz music had a huge impact on the creation of Mambo, Cuban popular music, and other Latin Jazz genres. Afro-Brazilian Jazz incorporates Samba and Bossa Nova. These subgenres of Latin Jazz have roots in Cuba, Brazil, and the USA.

Mambo originated in Cuba and was played by big bands. The Mambo dance craze took over the East coast of the USA in the 1950s and incorporated elements of Jazz and Swing.

This style of dance music originated in Panama with the building of the Panama canal. African workers from the West Indies brought Afro-centric music such as Rumba, Mambo, Cha-Cha-Cha, and Reggae to Panama where these styles mixed with Hip-Hop to form Reggae en Español.

Over time, this musical genre began to dominate the Caribbean, particularly Puerto Rico, and in the 1980s it became Reggaeton. Jamaican dancehall is a huge influence on modern-day Reggaeton music.

Reggaeton has also given birth to a new genre of Latin music: Latin Trap. Bad Bunny’s music falls under the Reggaeton and Trap genres. Some other popular Reggaeton artists include Daddy Yankee, Rosalía, and El General.

Latin Pop is pop music in Spanish and Portuguese. It’s a fusion of US-style popular music and Latin music genres from anywhere in Latin America and Spain.

This style of music encompasses a pretty broad spectrum of styles and crosses over into subgenres of Latin rock and dance music.

Ricky Martin is considered to be the King of Latin Pop music. Jennifer Lopez, Enrique Iglesias, and Gloria Estefan are also notable artists of this popular style.

Spanish-language rock music had its beginnings in the 1950s in America. Gloria Ríos released ‘El Relojito’ in 1956 and this is considered the blueprint of the genre.

Another significant moment for Rock en Español was in 1958 when Ritchie Valens adapted the Mexican folk song ‘La Bamba’ by fusing it with rock melodies.

The 1960s saw the nueva ola, or the new wave rock genre. Then, in the 1970s this genre came alive with famous artists Charly Garcia and Luis Alberto Spinetta.

Also known as música norteña, this is a genre of regional Mexican music that developed in the late 1800s. It is an interesting mixture of Mexican music and Austrian-Czech folk music. Typical norteño instruments include the accordion and the bajo sexto, a 12-string guitar.

This genre often deals with themes of social issues, though there are also many norteño love songs. Los Tigres del Norte are a classic example of a norteño artist. 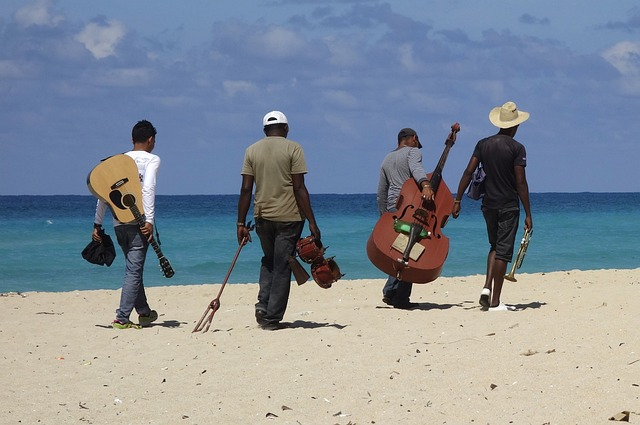 Is Latin Hip-hop the same as Reggaeton music?

No, Reggaeton and Hip-Hop are not the same. Reggaeton was strongly influenced by Hip-Hop and involves rap-like singing, but it also takes its rhythms and beats from Caribbean music.

Latin Hip-Hop music originated in the Bronx, New York in the 1970s.

What is the most popular genre of music in Latin America?

Latin America encompasses a huge portion of the world and it is hard to name one genre that is the most popular across all the Romance language-speaking countries.

However, Salsa is definitely one of the most popular of the traditional genres, while Reggaeton and Latin Pop are currently well-loved, among younger and middle-aged generations respectively.

What is a popular style of dance in Latin America?

Salsa, Bachata, Merengue, Samba, Tango, and Rumba are all Latin dance styles as well as genres of music.

Dancing to modern Latin music, like Reggaeton and pop music, incorporates elements of traditional Latin dances, but with a sexy, modern club feel.

Summing Up: A Guide to Latin Music

As you can see, Latin music is a general term for a huge variety of musical genres across North, Central, and South America and Spain.

We’ve looked at several genres of Latin music, particularly Latin American music, the key instruments used, and where they originate.

By listening to Latin American music, you can learn a lot about the culture and diversity of countries like Puerto Rico and the Dominican Republic.

If you want to get more out of Latin American music, why not start learning some useful phrases in Portuguese or Spanish? The more you understand, the more you’ll grow to love these music genres!