Finland is a Nordic country located in Northern Europe, bordering Sweden, Norway, and Russia. In this post, I’m going to share 18 interesting facts about Finland with you, so that you can fall in love with this incredible country as I have!

I’ll also address some frequently asked questions about Finnish history and culture, and how you can spend time in this fascinating European country, be it studying or working.

Whether you’ve been to Finland and can’t wait to go back (like me) or you’re planning your first trip there, this post is guaranteed to teach you something you didn’t know about the incredible country. So, let’s get started with our list of interesting Finland facts.

1. Finland is the happiest country in the world!

There’s no better way to kick off this list of fun Finland facts than with this gem.

It’s official, Finland is the happiest country in the world, according to the UN 2020 World Happiness Report.

Perhaps this is why Finland has a pretty good life expectancy; men live an average of 79 years while women average 84!

2. Finland is known as the “Land of a Thousand Lakes”

Though it’s called the land of a thousand lakes, there are actually a whopping 187,888 lakes within the Finnish territory. Moreover, most lakes in Finland also have islands. There are 179,584 islands in this stunning country.

Lake Saimaa is home to the Saimaa Ringed Seals, a very endangered species. There are only around 400 left, but if you get to see one, you’ll be mesmerized by its beauty.

3. The Finnish language is one of the hardest in the world to learn

The Finnish language belongs to the Uralic language family. It’s not similar to the other Scandinavian languages, nor is it like any other language in Europe.

Due to its difference from most other languages and its complex case and vowel systems, most learners find it challenging.

Some of the other world languages that are hard to learn, especially if your mother tongue is English, are Japanese, Korean, Chinese, and Arabic.

4. Finnish and Swedish are the official languages of Finland

There are several languages in Finland. This is a fact often forgotten when we think of the Scandinavian countries.

Finnish is the more widely spoken official language (about 87% of the population), while just over 5% speak Swedish.

There are also a few officially recognized minority languages in Finland, meaning they are spoken by a minority population.

Sami is spoken by the indigenous Sámi people of Northern Finland, while Romani, Finnish Sign Language, and Karelian are also recognized.

5. Finland uses the Euro Currency (unlike other Nordic countries)

Finland became a full member of the European Union in 1995 and adopted the euro in 1999. This makes it easier for visitors from Europe to work out the cost of a bottle of Koff beer or a traditional slice of blueberry pie!

This is a fact worth noting. As a tourist, it’s always easier to deal with a familiar currency and not worry about having leftover money at the end of your holiday that you can’t spend anywhere else. 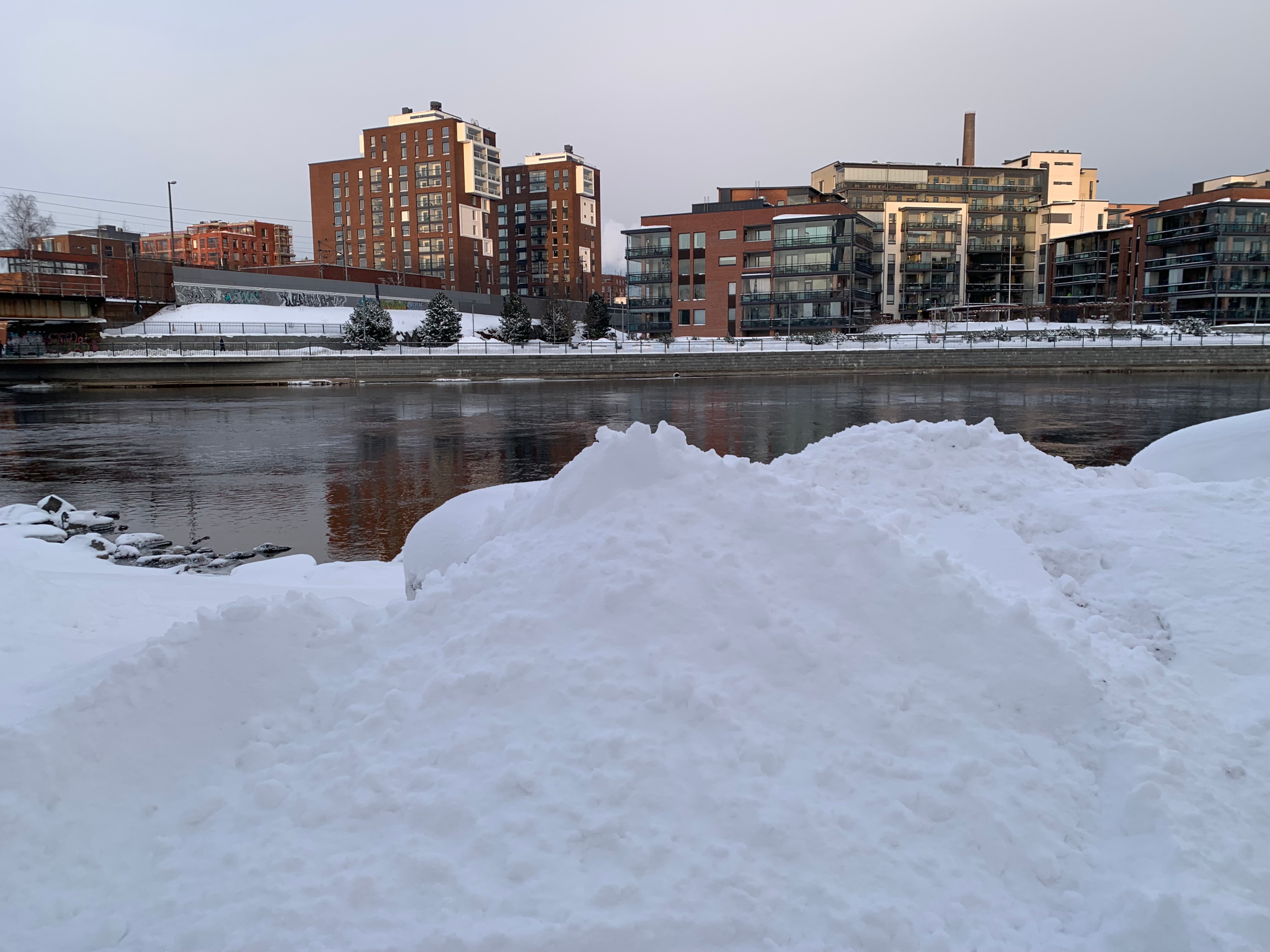 6. During winter in Finland, you can see the Northern Lights

One of the most iconic and stunning things to see in Finland is the Aurora Borealis. The further north you go, the more likely you are to see this natural phenomenon.

The city of Rovaniemi in Finnish Lapland is known to be a great spot to see the lights.

7. Finnish winter is characterized by the polar night

Due to the latitude of Finland, in winter the sun never rises in the north, and in the south, it is only present for a short time. The perpetual nighttime is called the polar night.

North of the Arctic Circle, the polar night lasts more than 50 days. In Southern Finland, on the Baltic Sea coast, the shortest day lasts just 6 hours.

No wonder the Finnish people love to drink, visit saunas and be merry!

Much like in Norway and Sweden, the drinking culture is pretty heavy in Finland. You’ll see this in cities like Tampere and Helsinki. So, don’t try to keep up with the Finns if you’re struggling!

Unlike in almost all other countries, by contrast, in summer the sun never fully sets! Lapland has about two months of midnight sun during the summer months, and the average temperature can get as high as 27 °C (or 80 °F).

These are perfect conditions for camping, early-morning walks, and late-night swims.

9. The unusual Finnish competition of wife-carrying

Here’s one of my sillier Finland facts. There is a contest in Finland known as wife-carrying, in which a man runs through an obstacle course with a female partner slung over his back. There are generally two dry obstacles and one water obstacle on the 253.5-meter track.

Wherever you live in the world, I am sure you’re unfamiliar with such contests!

Nature and wildlife in Finland are some of the most stunning aspects of the country. While you are unlikely to see a bear on your holidays, you might see a snowy owl, an elk, or even a wolf, if you know where to go.

Generally, Finland’s landscapes are flat, so you can see for miles. This makes walking in the crisp snow utterly breathtaking. Below you will see an image that shows this, taken in the Finnish city of Tampere this year.

If you want to go for a hike in Finland, note that there are only a few mountainous regions and they lie in the northwest of the country, adjacent to Finland’s borders with Sweden and Norway (not Russia to the east). 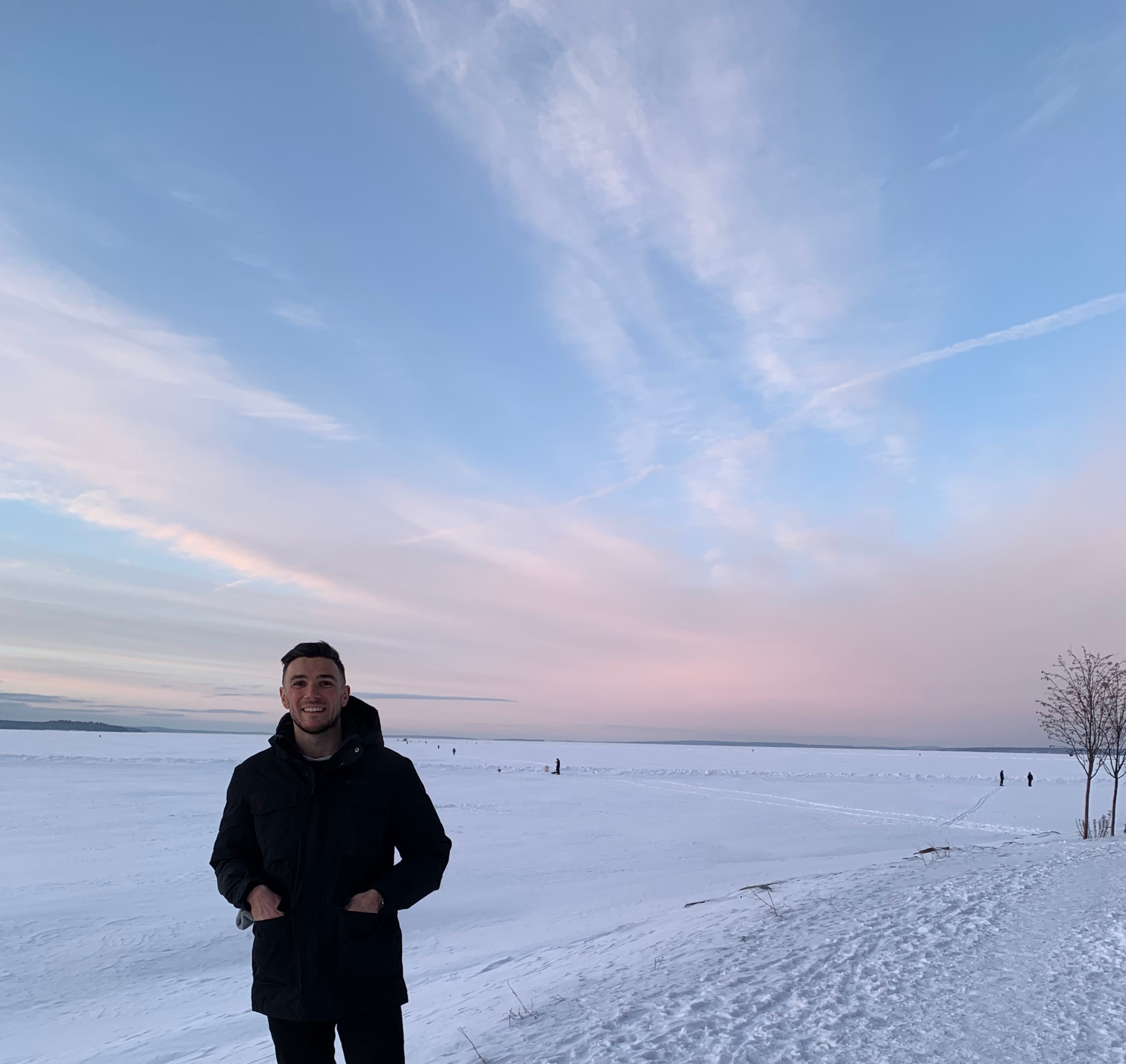 11. Helsinki is one of the top 10 cities in the world for clean air

Finland’s capital city, Helsinki, is not only breathtaking, but it boasts incredibly clean fresh air.

In fact, around 1.26 million people live within the capital region and enjoy this fantastic air quality. The population of Helsinki is much higher than you may have guessed.

According to Statistics Finland, air pollution in the country fell by 14% in 2020.

12. There is a National Day of Failure!

This might be my favorite of all the interesting facts about Finland.

October 13th is the official National Day of Failure, and on this day Finns celebrate life setbacks as a natural path toward success. This helps with feelings of inadequacy in what can be quite a hard-working society with high standards.

13. Finland had an interesting role in World War II

Finland initially joined the war to fight the invasion of the Soviet Union (led by Russia) in 1939. They famously used petrol bombs, also known as the Molotov Cocktail.

They fought with the axis powers against the Soviets from 1941-1944. Finally, they fought against the Germans in 1945 alongside the allies.

14. The country is actually getting bigger each year!

This is one of my crazier Finland facts! The surface area of Finland actually increases every year.

The land is still recovering from the ice age, during which time the weight of glaciers sunk it into the sea. Now, the shoreline is experiencing a glacial rebound. There are still 100 meters of land to go!

15. Finns are absolutely obsessed with coffee

Until 2020, Finns drank more coffee per capita than any other country, according to Statista.

While the Netherlands recently overtook Finland as the biggest coffee-drinking nation, the Finns still came in a close second at 7.8kg of coffee per head annually.

In fact, the Finnish word kakkukavhi means “coffee and cake” and the average Finn will have up to eight cups of coffee a day. That’s more than the other Scandinavian countries combined!

A top tip for travelers who want to enjoy the culture and customs of a country to the fullest is to learn some basic words and phrases, such as how to order coffee or read street signs. This will allow you to navigate the area better, find the best coffee shops, and order like a local!

16. Finland is the home of Angry Birds

On a list of facts about Finland, you might not expect to be faced with Angry Birds, but here we are.

This viral game was created by Rovio Entertainment, a Finnish video game developer, in 2009.

There have since been 20 more Angry Birds games released, as well as movies, merchandise, and comics.

17. Finnish Christmas traditions are a little different from ours

Christmas in Finland is celebrated on December 24th and involves having a big meal with family and, of course, gift-giving.

Finnish children receive gifts from Joulupukki, or Santa Clause, who lives in the woods with his wife and has pointy ears like an elf.

18. Last but certainly not least, the joys of the Finnish sauna

The sauna is an integral part of Finnish culture and identity. Those who have access to a sauna will try to visit at least once a week. The traditional sauna day is Saturday.

Saunas are erected by Finnish soldiers on peacekeeping missions and are strictly egalitarian places; no ranks or hierarchy exist within the sauna.

Finland’s parliament building even has its own sauna!

Saunas tend to be built near lakes, so users can jump into the cool waters between spells in the heat.

Away from the coastal regions, most of Finland’s rivers flow into the lakes, so the surrounding areas tend to be gorgeous and abundant with nature. 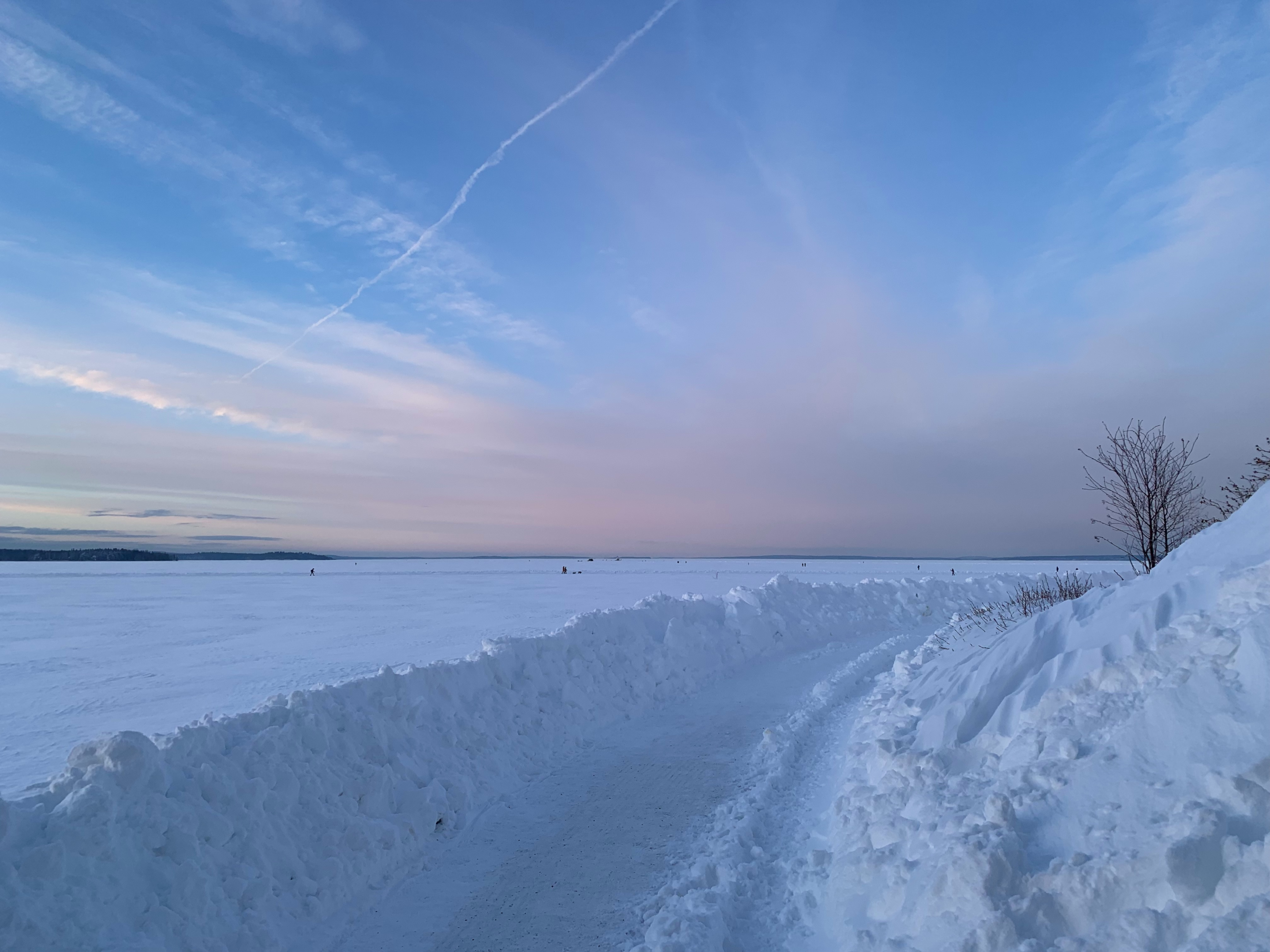 What is Finland most famous for?

Finland is known for its beauty and nature, the northern lights, and rich green forests. Moreover, the country is famous for its many heavy metal bands, Santa Claus Village in Lapland, and its beautiful capital city, Helsinki.

Talk about an eclectic place!

When did Finland become an independent country?

Independence was declared in Finland on December 6th, 1917. Previously, it had been an autonomous grand duchy in the Russian empire for 108 years, and a part of Sweden for 600 years before that.

Independence day is marked by shops decorating windows in the blue and white of the Finnish flag, bakeries using the flag colors on their cakes, and families lighting two candles in each window of their homes.

The candles symbolize the Finnish struggle against oppression from Russia.

Traditionally, Finns enjoy a lot of porridge, fish, meat, mushrooms, and berries. The country is particularly known for rye bread, coffee, meat or fish pies, and a range of salmon dishes, including soups, cabbage rolls, and reindeer.

How can I spend time in Finland?

If you want to spend some time in Finland, you can visit as a tourist or else apply for a program to study or teach abroad.

If you want to be a language teacher in Europe, look into the necessary qualifications you might need to obtain.

Summing Up: Fun and Interesting Facts About Finland

Thanks for reading my list of 18 interesting facts about Finland!

Now you can see why I love this incredible country and think more people should visit. From the stunning scenery of lakes and forests to the beautiful sauna tradition and the splendor of Helsinki, this country is a world gem.

If this list of fun Finland facts hasn’t already persuaded you, I highly recommend that you book a trip to Finland and see it all for yourself.

Whether you want to visit as a tourist, study abroad in Finland, or teach English as a foreign language, you’re certain to have an unforgettable experience.