Learning French is not only beneficial for your career, but it also provides enriching life experiences and opens valuable new doors.

If you’re considering learning French but aren’t sure how useful it may be to do so, then read on to find out why it might be worth picking up some conversational skills in one of the most influential languages around!

In this post, we cover 6 practical reasons to learn French, including:

How learning French can benefit your career

Why you should consider learning for your health

How learning French can enhance your overall quality of life

One thing before we get started: If you’re serious about learning to speak French then be sure to check out our list of French Language Resources. We have tested and rated dozens of online French courses and language apps. Tap this link to find out more.

1. Learning French can benefit your career

Believe it or not, learning French can benefit your career hugely. It’s one of the most widely spoken languages in the world, spoken by some 274 million people worldwide. This accounts for more than one quarter of all Europeans!

It’s no surprise, then, that French is often a required skill for people who work in the fields of global business, international relations, diplomacy, law enforcement and tourism.

French skills may also be useful for jobs such as a translators, interpreters and other related occupations, but of course it is not limited to these.

The global demand for speakers of this beautiful language has never been higher as employers search for candidates with foreign language skills, particularly in the fields mentioned above.

Remember that knowing at least one foreign language can give you a competitive edge when applying for jobs outside your field; it’s important to keep learning new skills if you want to advance in your career.

2. Learning French can help you understand more about other cultures and places around the globe

Discovering a different culture is an enriching experience and learning how to speak its language opens doors you did not know existed.

Based on the above French is, in many ways, the ultimate “world language.” It is also the most studied foreign language in Africa, Asia and Latin America!

Whilst it is not spoken as a second language as widely as English, it is a popular second or third language in over 30 different countries worldwide. 3. It’s a great way to exercise your brain, keep it sharp, and even ward off Alzheimer’s disease!

Many people think learning a language makes you smarter. In the field of education, children who study second and third languages often achieve higher grades than those who do not.

Many are more likely to succeed academically than those who do not learn any foreign language at all.

We all consider the practical, daily benefits that learning a foreign language will bring us, but we often forget how useful learning French could be to our health.

Just like any language, learning French is a great way to keep your brain active and sharp. Research shows that learning a second or third language can also prevent long time mental illness. 4. If you’re an entrepreneur or looking for work outside of your home country, learning French will open up new opportunities

French is the most widely spoken language in Europe, with more than 250 million speakers (not all native, of course). It’s also one of Canada’s two official languages, and a majority of the population speaks French as their first or second language.

Possessing the ability to speak French opens many doors in business. As with many languages, if you want to do business internationally, learning the language can be advantageous. Not only is it incredibly useful, but it helps to foster understanding and trust.

If you’re an entrepreneur looking to expand your business outside your home country and want to develop a customer base abroad, learning French will allow you access to more potential clients in France, Belgium, Canada, and many countries in Africa.

5. Why learn French? It’s a beautiful language that has many different dialects so it never gets boring!

Every language has its own national and regional dialects and, of course, French is no different.

The French language has been evolving for centuries and every new generation of the country contributes to its diversity.

If you’re wondering why you should learn French, it’s worth doing so purely for the satisfaction of understanding its multiple dialects!

Some of the main regional dialects anybody learning French will come across in France include Parisian French, Norman, Breton, Basque and Alsace. French cities such as Lille, Toulouse and Marseille also have their own unique dialects, vocabulary and pronunciation. Image by Anna Burge via Cazasolution.com

In some cases, this is due (partially) to their geography, history of immigration and the influence that this has had on the language.

When comparing French accents and dialects, nothing stands out more prominently, however, than Quebecois French (in Canada) and some certain regions of Belgium. Understanding these many dialects will bring you some serious satisfaction, as well as the ability to understand different French grammar forms.

It’s worth bearing in mind also that the more French dialects you expose yourself to from an early stage, the faster you will progress your French.

6. French is a Romance Language, which means learning other languages will be easier

French is a Romance language and shares many linguistic commonalities with the languages of several neighbouring countries within the European Union.

The Romance languages are Spanish, French, Italian, Portuguese and Romanian. Language learners will find that knowledge of the French language will make learning Spanish or any other Romance language significantly easier.

Romance languages share many noticeable characteristics. In comparison with Germanic languages, for example, they are musical and mellifluous. This is likely due to the greater importance of vowels than consonants. 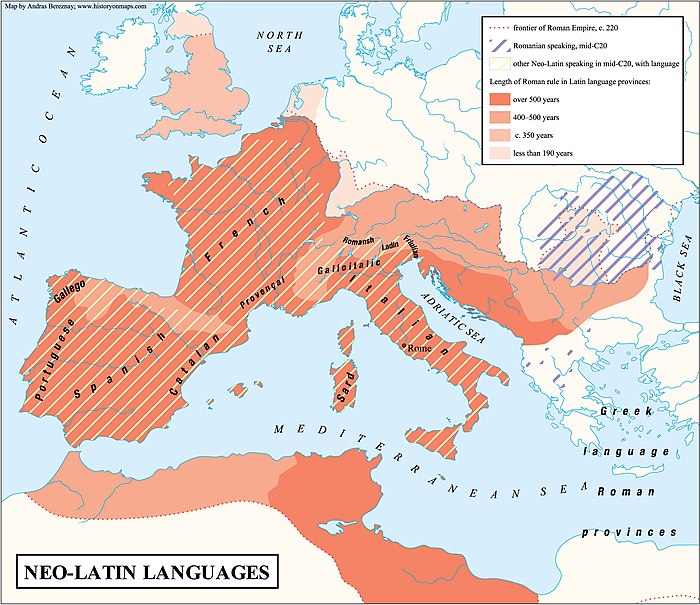 Why learn French in 100 words

So, why learn French in a nutshell? Learning French will not only increase your chances of employability, but also open up a world of fascinating history, culture, cuisine and travel. It is a truly beautiful language and learning it can quite literally change your life.

You’ll be able to understand foreign cultures better; communicate with people from all around the world and broaden your horizons by discovering different customs, cuisines and traditions that may otherwise have been unavailable to you.

Learning another language can also help keep dementia at bay according to research which shows that bilingualism slows down cognitive decline during old age.

There’s no doubt that it can definitely be hard to take the plunge into learning another language. If you’re a first time language learner, it’s even more intimidating. But we all have to start somewhere. Start learning French and discover the joys that this beautiful language has to offer!