Benvinguts a tothom, welcome everyone, to this quick guide to the Valencian language, known in Spain as Valenciano!

Today, we’re going to break down what the Valencian language is, where it is spoken, how it differs from Spanish, and the relationship between Valencian and Catalan.

It can be difficult to get your head around the various dialects and languages spoken in Spain. Hopefully, this guide will clear this all up for you.

If you’re thinking about visiting a part of Spain where the Valencian language is spoken, it is a great idea to do your research about the official local language before you go.

The first thing you need to know about the Valencian language is that it is not a dialect of Spanish. Spain is home to several Castilian dialects and regional languages, and Valenciano falls into the latter category.

The Valencian language is the traditional and historical name in the Valencian Community (Comunitat Valenciana) and el Carche, Murcia, for this official regional language.

In other parts of Spain, this language is referred to as Catalan. The vast majority of Spanish and Valencian language/Catalan speakers agree that the two names can be used interchangeably when referring to this regional language.

Others might make the distinction that the Valencian language is a dialect of Catalan. Many Valencians will most certainly dispute this!

Think about the differences between American and British English. This is essentially the difference here too. Catalan and Valenciano are mutually intelligible. Furthermore, any speaker of Catalan will be able to speak, read and write Valencian. But with some word differences, as with the English variants in the USA and the UK.

The Catalan language is spoken in the Valencian Community, Murcia, Catalonia, Andorra, and the Balearic Islands. It is a separate language from Spanish and the two are not mutually intelligible.

In fact, in some ways, the French language is more similar grammatically to Catalan than Castilian Spanish. 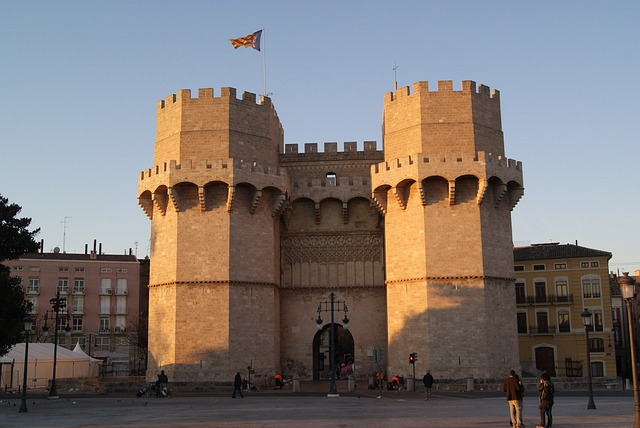 The Official Language of the Valencian Community

This institution must respect the Valencian lexicographic and literary tradition, and base its regulations on the Normes de Castelló, which are the orthographic norms for the Valencian language established in 1932. They are based on the norms for Catalan but allow for Valencian idiosyncrasies.

The Royal Academy of Valencian Culture considers itself a rival of the AVL and promotes an alternative orthography with some differences in spelling and vocabulary.

There is a huge cultural significance for the Valencian people of having their own language. It informs their sense of autonomy and identity within Spain.

Remember: Referring to Valencian as “Spanish” is a big no-no!

Standard Valencian is the version of the language standardized by the Valencian Language Academy. This variant is also known as Southern Valencian.

Northern Valencian is also known as Castellon’s Valencian, and this dialect is spoken in the area around the city of Castellón de la Plana in the Valencian Community.

Central Valencian is spoken in Valencia City but is not used as the standard language by the media.

Transitional Valencian is spoken in the northernmost areas of Castellon, eastern Aragon, and Southern Catalonia.

Finally, Alicante’s Valencian is the language spoken in Alicante and the area of El Carche in Murcia. This is a beautiful part of Spain, by the way! 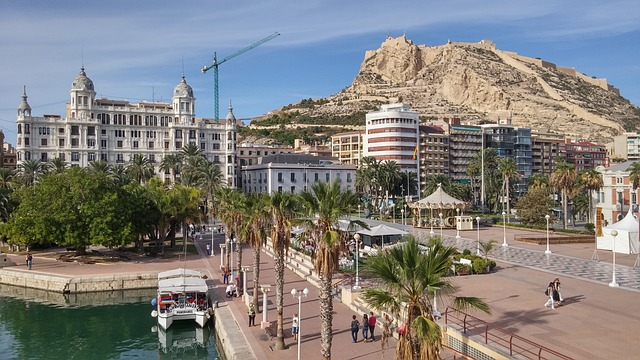 If you want to visit the Valencian Community (la Comunidad Valencia) or any of the other region in Spain that speaks Catalan, you might want to think about learning some useful words and phrases.

Of course, you can use whatever knowledge you have of Spanish to get by in these areas. However, by making an effort to speak Valencian with the locals, you will be showing respect for their culture and heritage.

Learning the Valencian language will also help you if you want to spend some time in the region teaching English. This is a common and popular way for young people to spend a year or so abroad, gaining life experience and meeting new people.

Spanish Vs Valencian: Similarities and Differences

So far in this guide, we’ve made it very clear that Spanish and Valencian are different languages. That being said, there’s no denying that the two languages have their similarities.

You can think of Spanish and Valencian as cousins, from the same language family but with a lot of different DNA.

However, knowing Spanish will undoubtedly help you to learn Valencian due to the many words that share roots. For one, the Spanish word for “street” is calle, while in Valencian, it is carrer.

The written language of Valencian uses the letter “X” a lot where Spanish does not. For instance, the Valencian word for “embassy” is ambaxiada, while in Spanish, it is embajada.

In spoken form, final consonants and vowels in the Valencian language are often dropped and the simple past tense is the preferred past tense. 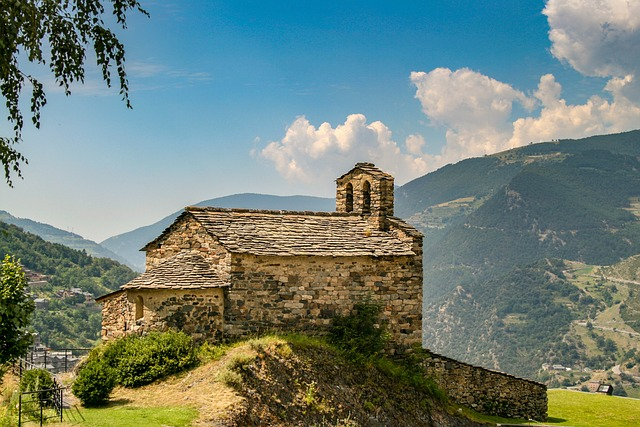 Valencian and Catalan: A Brief History

Catalan words can be found in Latin literature as early as the 9th century, and this language developed from the everyday Latin spoken during the time of the Roman Empire.

Old Catalan diverged from Old Occitan between the 11th and 14th centuries. Then, during the Late Middle Ages and the Renaissance, there was a golden age of Valencian literature. Notable works include Tirant lo Blanch by Joanot Martorell and the poetry of Ausiàs March.

Since the War of the Spanish Succession in the early 1700s, the efforts by Spain to assimilate its various regional people have been constant and sometimes aggressive. Especially during the Spanish Civil War (1936-1939). And, during Franco’s dictatorship, which ended in 1975, Catalan was frowned upon.

Since Spain’s transition to democracy in the 70s and 80s, Catalan has been institutionalized as an official language in some regions. It is now seen as a language of education, and it is used by the mass media. The language has seen a significantly increased prestige.

Now, in the Comunitat Valenciana, around 2.5 million people speak Valencian. While the language is understood by the vast majority of the regional population, less than half can actually write Valencian. Spanish speakers in the region use affected Spanish, due to Valencian influences.

Despite the fact that the Acadèmia Valenciana de la Llengua considers Valencian to be the same language as Catalan, in the Valencian Community, the language has been referred to as Valencian since the time of the Valencian Kingdom (1238-1707).

Spain’s Many Languages and Dialects

The Spanish language, also known as Castilian Spanish in English, or Castellano, is spoken across Spain. This is the official language of Spain and it derives from Latin, unlike Germanic languages in Europe.

In the Canary Islands, a Spanish dialect is spoken similar to Andalusian Spanish, but with native African and Arabic influences.

Not only are there many variants of Spanish in Spain and Africa, but several dialects of Spanish exist across Latin America. For more on the many different types of Spanish, see this useful guide. 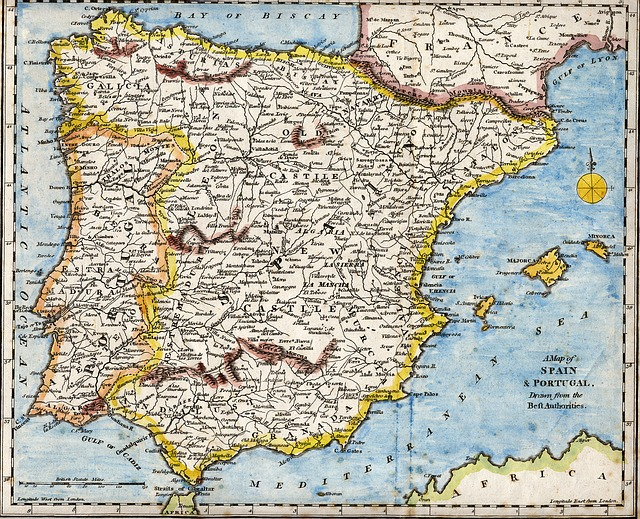 FAQs: What is Valenciano?

Are Valenciano and Catalan the same language?

Yes, the Valencian Academy of Language considers Valencian to be the same language as Catalan. Valencian belongs to the Western group of Catalan dialects. It is the Catalan spoken in the Valencian Community and is characterized by some little differences.

Is Valenciano a dialect?

How many official languages does Spain have?

Is the Catalan language hard to learn?

Catalan is generally accepted to be an accessible language to learn, particularly if you already speak a Romance Language. Some knowledge of Spanish, Portuguese, Italian, or the French language will help you with Catalan studies, as they are from the same language family and geographically close. 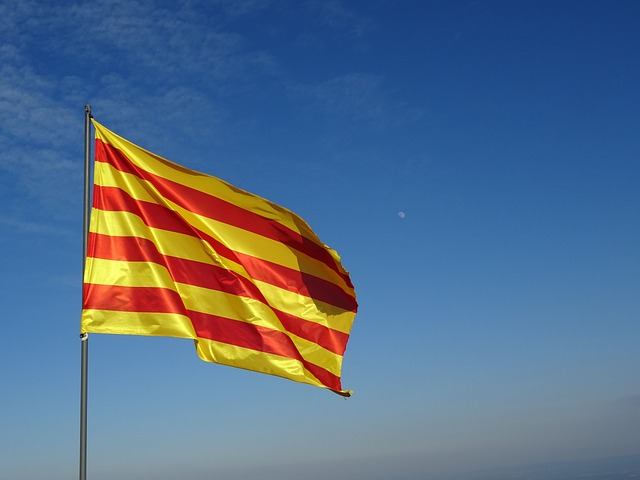 Summing Up Valenciano: The Valencian Language

So concludes our brief guide to the official language of the Valencian Community!

We have discussed the Valencian language, its cultural significance in the Valencian Community. We have also discussed its variants, and why you should consider learning to speak Valencian.

Classified by linguists as a Western dialect of Catalan, Valencian is a Romance Language that is fairly easy to learn, especially if you know any other Romance languages already.

Why don’t you try learning some useful words and phrases in Valencian or standard Catalan?