There are over 20 Spanish-speaking countries that count Spanish as their official language, and the number of Spanish speakers worldwide is growing rapidly each year.

The third most studied language, the number of Spanish speakers in the U.S alone has grown by 233% since 1980. Thus, it’s clear to see that Spanish is a popular language and is worth studying. Spanish is the perfect language to learn for avid travelers.

One thing before we get started: If you want to learn Spanish then be sure to check out our list of Spanish Language Resources. We have tested and rated dozens of online courses and language apps. Tap this link to find out more.

How many countries speak Spanish?

As the title would suggest, there are 21 countries in which Spanish is the official language.

However, this romance language is also prominent in many countries where Spanish is either part of the education system, spoken within international organizations, or simply the first language of many at home.

In the United States, for example, Spanish is a commonly spoken language throughout the country. It is the language of many official documents and is spoken primarily as a result of the country’s history of immigration.

As a result, the United States now has more Spanish speakers than Spain. It is now the largest Spanish-speaking population on earth if you factor in those who speak it as a first, second, or third language. 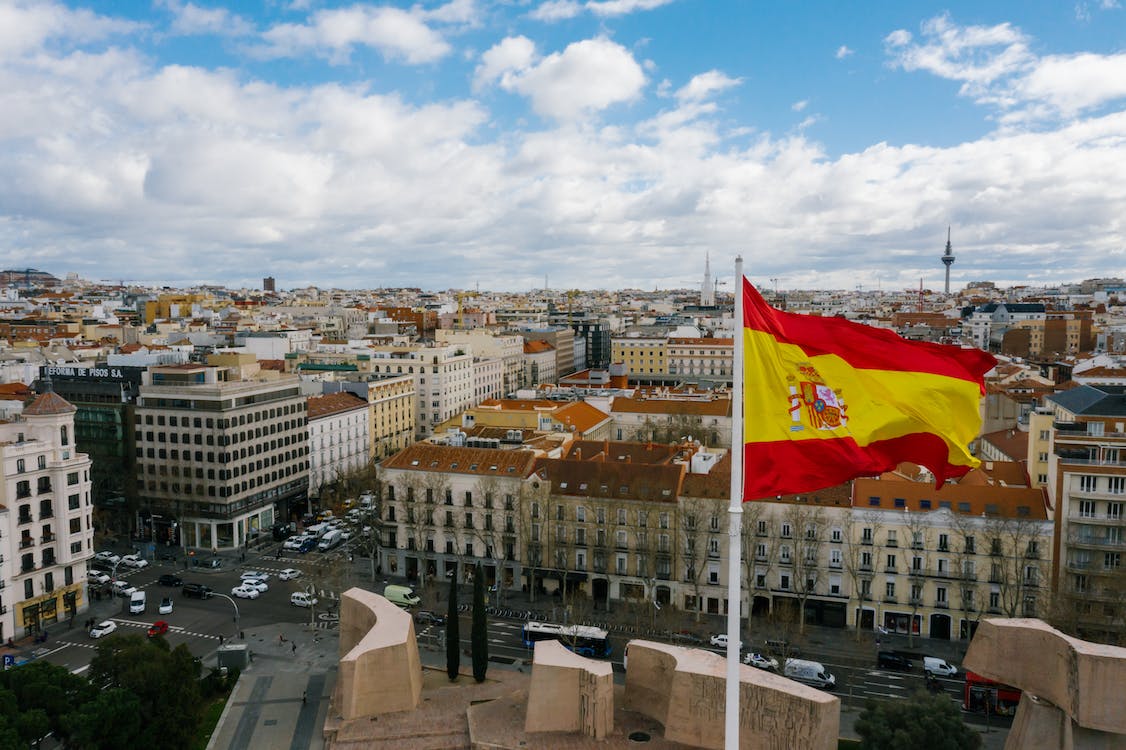 Only one nation in Europe lists Spanish as its official language.

However, you’ll see from the information below that the Spanish language is prominent throughout several European countries, with many other countries where people speak Spanish.

Spain: Home of the Spanish language

Spain, the home of the Spanish language, is a unique, popular travel destination in Europe.

Spanning an impressive 505, 955 square kilometers, Spain is one of the largest countries in Europe.

Spain is renowned for its impressive culture, warm weather, and authentic travel experiences.

Furthermore, Spain is currently the only country in Europe to name Spanish as its official language.

Whilst it is not the only language spoken within this country, it is the majority tongue, with over 99% of Spaniards speaking it as a first or second tongue.

There are many Spanish-speaking countries in Europe, although they do not name Spanish as an official language.

Portugal and Andorra, for example, both have a wealth of Spanish-speakers, likely due to the proximity between these nations and Spain. Thus, the Spanish-speaking population in these countries is high.

Gibraltar, a British territory, also has many Spanish speakers. 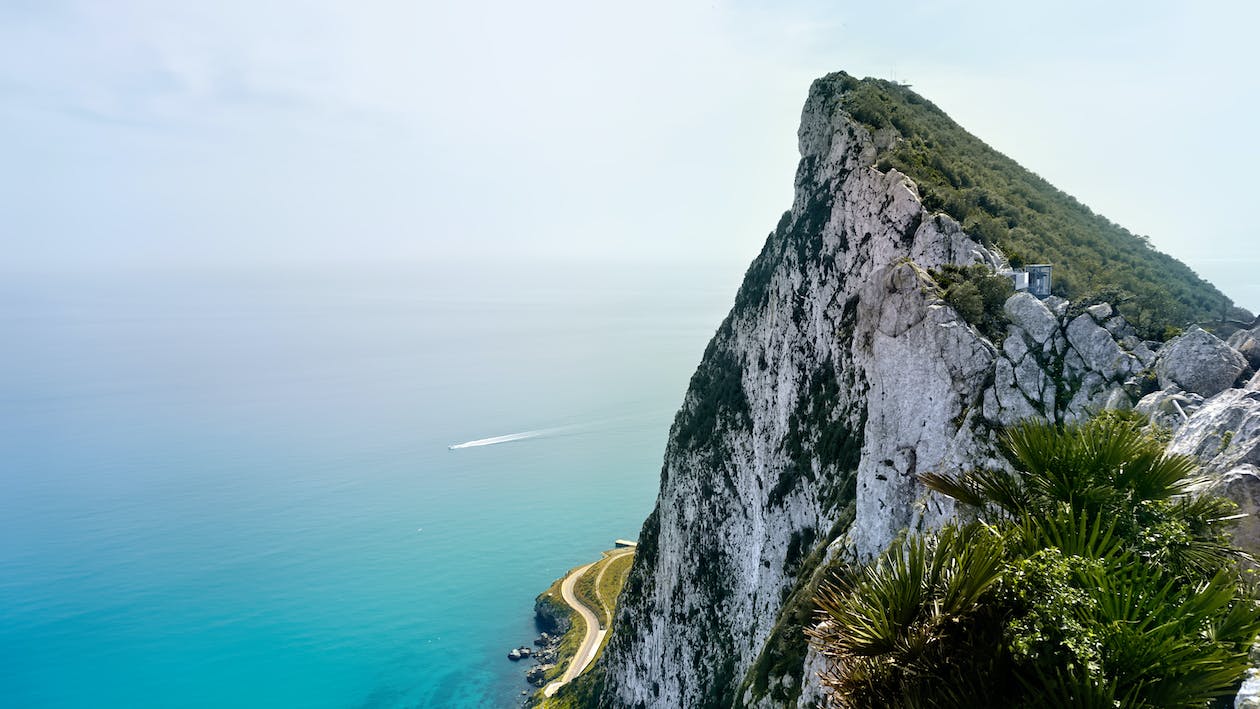 France: Home to many Spanish Speakers

France is another popular travel destination in Europe, home to a language (French) often described as vulgar Latin!

Over 9% of France’s population are native Spanish speakers, and there are many who utilize Spanish as a second language.

Other popular tourist destinations including Germany and Italy are also home to many native Spanish speakers.

Thus, Spanish is the perfect language to learn for your European travels. 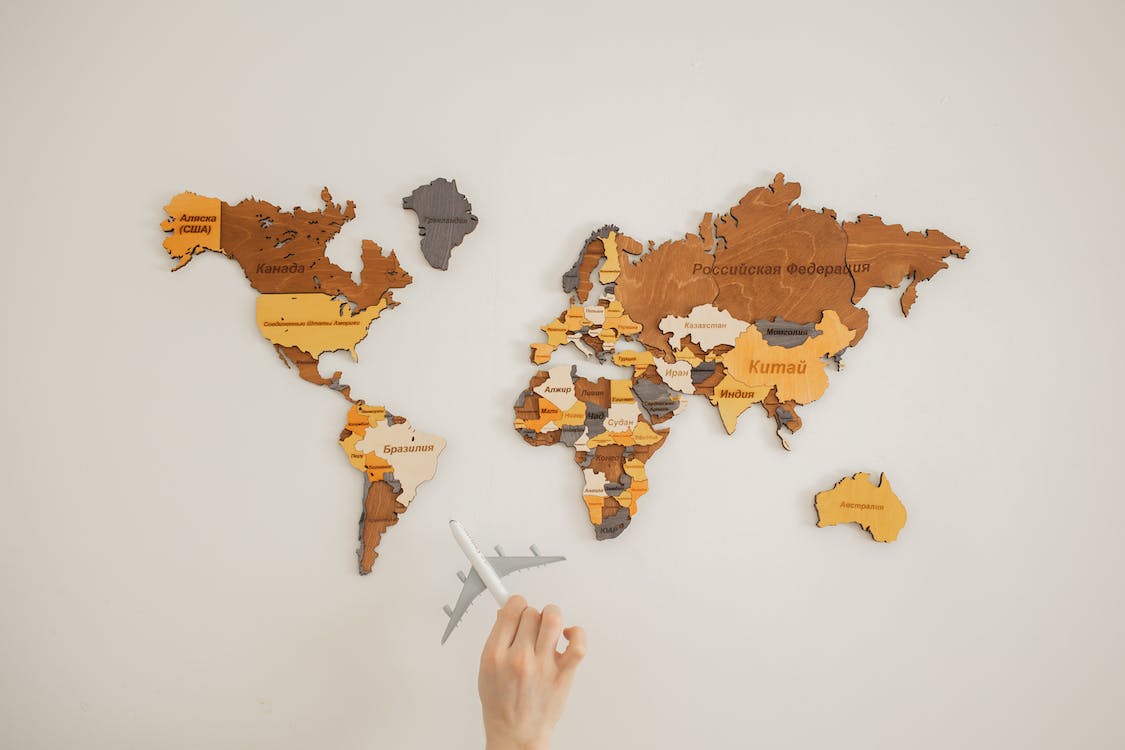 Many nations in South America, often referred to as Latin America, list Spanish as their official language, with 9 of the 13 countries on this continent listing Spanish as the main language of their nation.

This means being able to speak Spanish is extremely useful for navigating this beautiful, multi-cultural continent.

Argentina is renowned for the art of Tango dance, natural wonders including Iguazu Falls and famed Asado barbecue.

Nearly all of Argentina’s population speaks Spanish, and it is the main language of this nation by a landslide.

Of course, Spanish is not the only language spoken in Argentina. Argentina is also home to 15 indigenous languages such as Aymara, Tehuelche, and Quechua, although these are becoming more and more endangered.

In fact, one language, Chaná, has only one native speaker left; another 18 have already become extinct.

Buenos Aires is the sprawling, cosmopolitan capital of this nation, and its habitants speak an interesting dialect of Spanish.

A must-visit for tourists, Buenos Aires has a wealth of unique tourist attractions and highlights Argentina’s vibrant culture.

Bolivia is predominantly Spanish-speaking, with many indigenous languages also being recognized as official languages.

Over 44% of the nation only speak Spanish, and another 30% speak an indigenous language and Spanish.

English is not widely spoken, with only the wealthy upper class and those working in tourism speaking it.

Thus, to truly experience the beauty that is Bolivian culture, Spanish is necessary.

Without it, you will be restricted to tourist hotspots and won’t be able to communicate with the vast majority of residents. 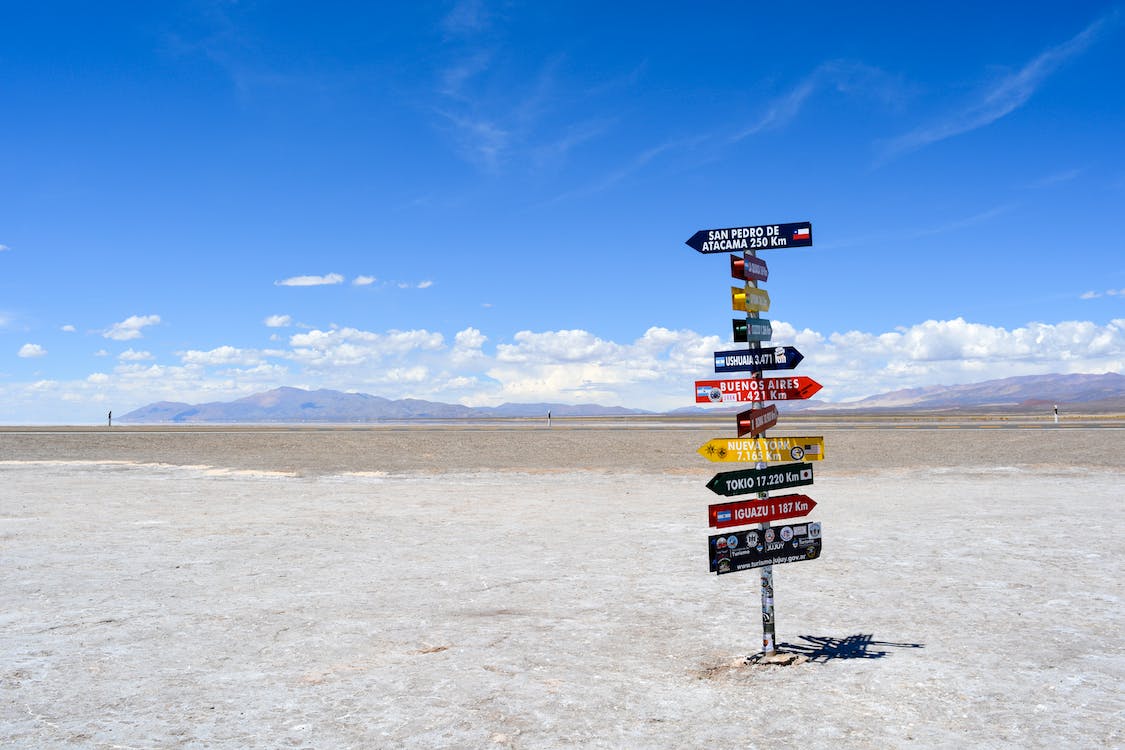 Chile offers picturesque, coastal landscapes for tourists to enjoy, with over 6,000km of the Pacific Ocean coastline on offer.

It’s best to visit this iconic location in spring (October to November).

Spanish is the official language of Chile, and 99% of the population speak the unique dialect of Spanish known as Chilean Spanish.

Less than 10% of the population of Columbia claim to be able to speak English, which means it will be difficult to enjoy this cultural nation without any Spanish capabilities.

Over 99.5% of the population speaks Spanish, so in order to enjoy Colombian delights such as arepa, sancocho and empanadas, knowledge of Spanish is a must.

Colombia is widely considered one of the most beautiful Spanish-speaking countries on earth, so a visit during your time in South America is highly recommended. 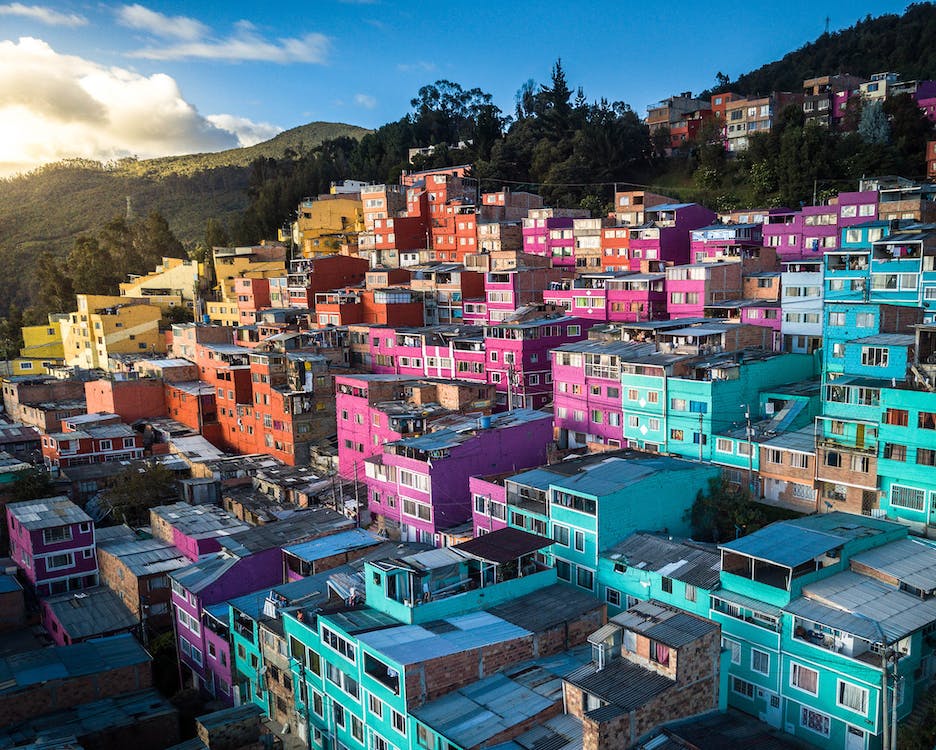 According to the 2010 Ecuador census, 97% of the population are Spanish speaking.

13 additional languages, including indigenous languages like Quichua, are officially recognized in Ecuador.

There are distinct variants of Spanish depending on the region, so full immersion in the language here may be needed to pick up the accent.

Renowned for picturesque natural landscapes and wealth of history, Peru is truly a bucket list destination.

Over 80% of the population here speak Spanish. 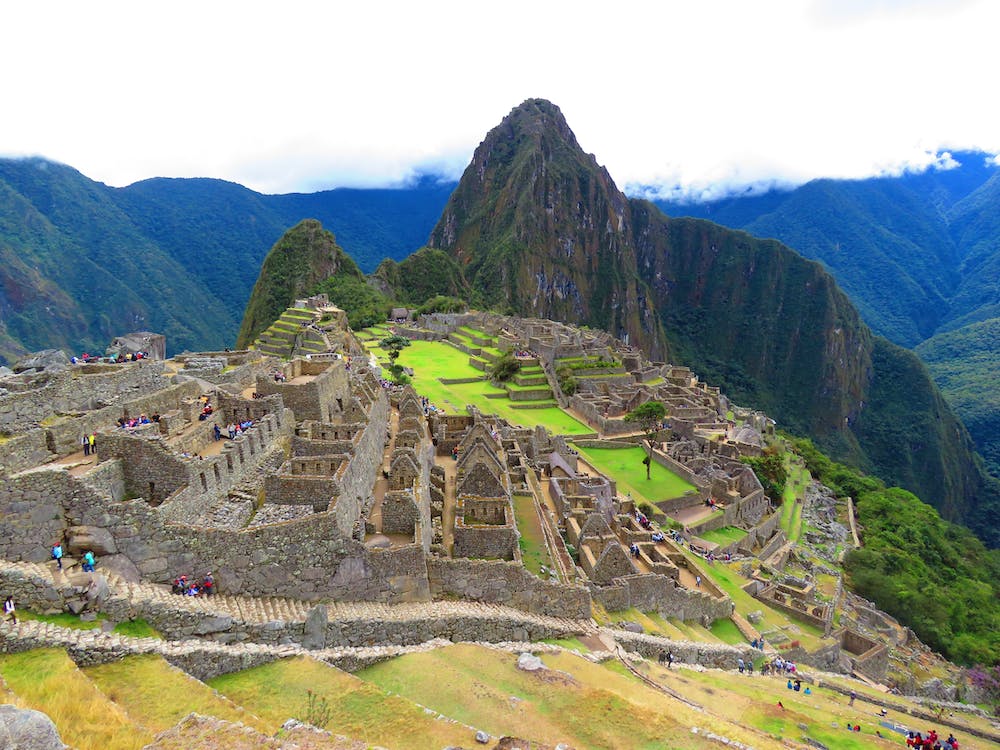 Landlocked between Argentina and Brazil, this beautiful nation is home to iconic tourist attractions including Ciudad del Este and Encarnación.

With vibrant cuisine offerings including chipa guasu (a savory cake made from corn) and mbeju (a flatbread), Paraguay is a must-see for anybody interesting in exploring lesser-known cultures.

Over 87% of the residents in Paraguay speak Spanish, and Spanish is the official language for business, government, and other important institutions.

Uruguay is another Spanish-speaking country in South America. Most residents speak Spanish, and only 1% of the nation’s population doesn’t.

English speakers are not common, with as little as 5% of the country able to speak English and even less being fluent speakers.

Like Argentinian Spanish, the Spanish spoken in Uruguay is different from most other Spanish-speaking countries, with different verb conjugations and a distinctive accent. 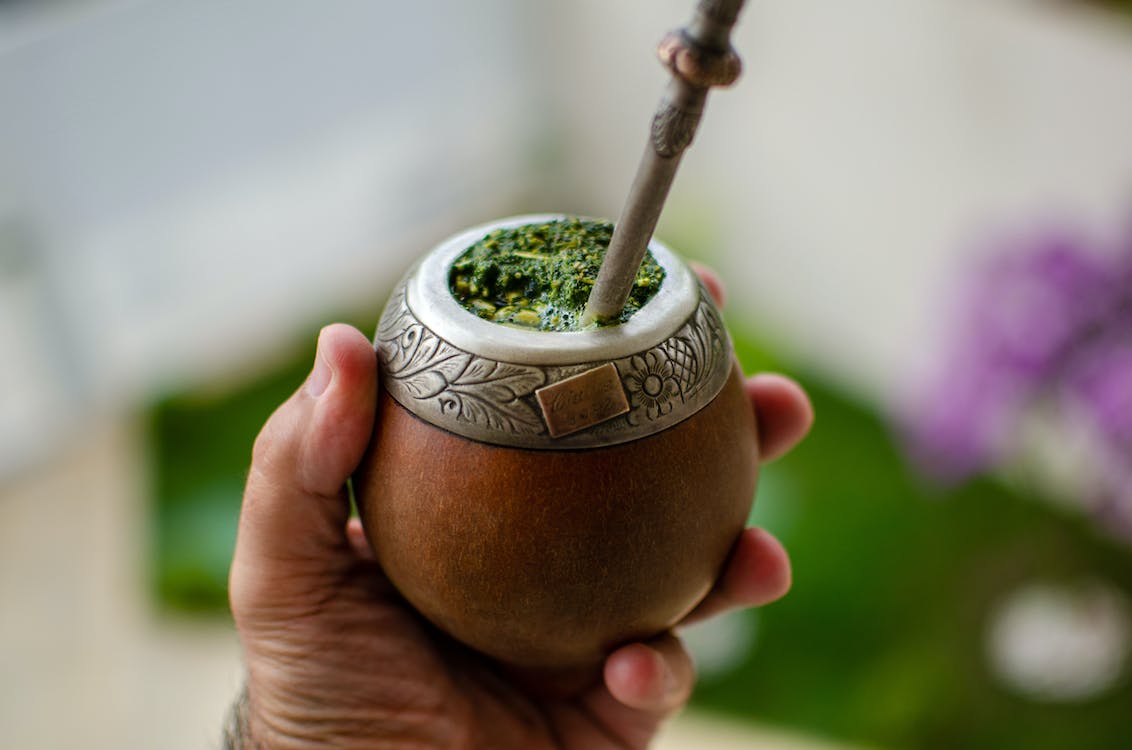 Venezuela is one of few megadiverse countries around the world.

Caracas, the capital city, is known for its nightly macaw visits and bustling oil industry.

Venezuela is home to the world’s highest waterfall and offers some impressive natural landscapes to view.

Venezuela is mostly Spanish-speaking and Spanish is the official language for this nation.

As you can see from this article, there are many countries that list Spanish as their official language in South America. The majority of them, in fact.

Thus, if you are interested in traveling this incredible continent, learning Spanish is an effective way to immerse yourself in culture and with the people of South America.

But Spanish is also the majority spoken language in Central America too, from north of Colombia to the bottom of Mexico.

The Americas offers a lot in terms of culture, cuisine, and natural landscapes. Spanish is spoken in six out of seven of the nations in Central America, thus it is vitally important for those wanting to explore this continent. 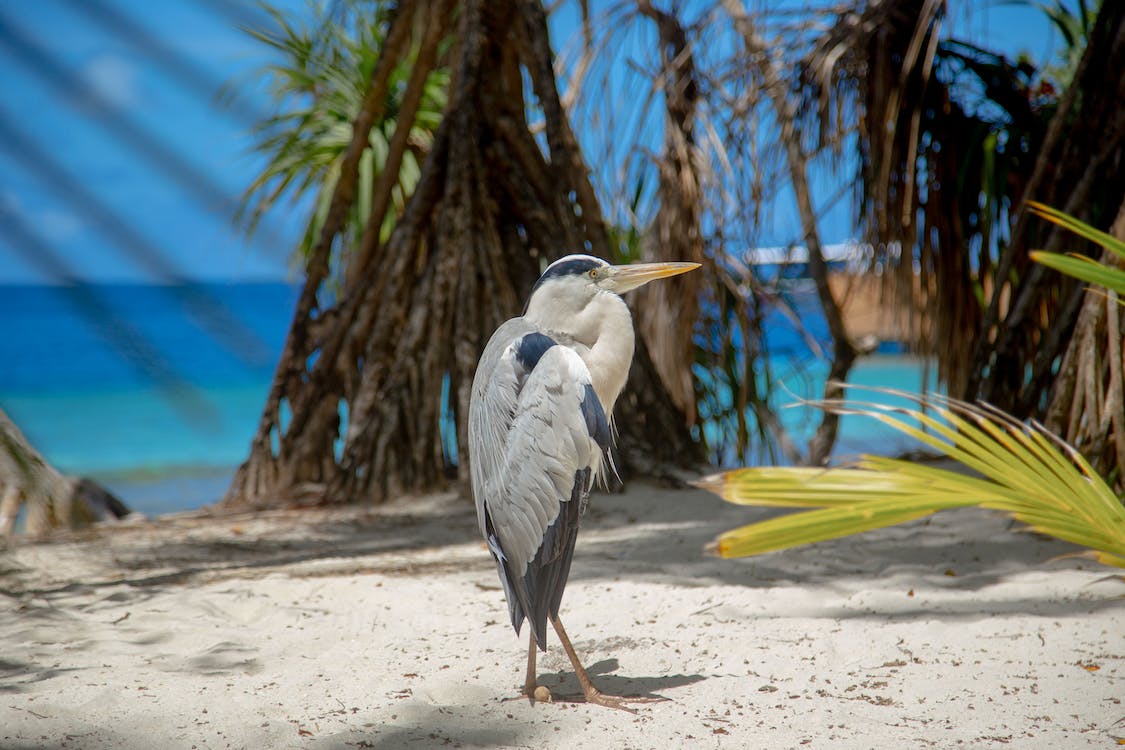 Costa Rica: One of the most beautiful Spanish speaking countries on earth

San José is the capital of Costa Rica, but it’s the countries coastline and volcanic regions that make it one of the world’s most beautiful countries on earth.

Famous for its beaches on the Pacific and Atlantic coasts, Costa Rica is a popular tourist destination the world over.

Spanish is the official language of this nation. However, six indigenous languages are officially acknowledged in Costa Rica.

These comprise Maleku in the northern part of the country, Bribri and Cabecar in the southern Caribbean region, and Guaymí, Terraba, and Boruca in the Southern Pacific.

Joya de Cerèn is a well-known, pre-Hispanic archaeological site that offers a unique insight into the ancient way of life.

Frozen in time due to a volcanic eruption, this attraction is a must-see for travelers.

Spanish is the main language of El Salvador, and most of the population are native Spanish speakers. 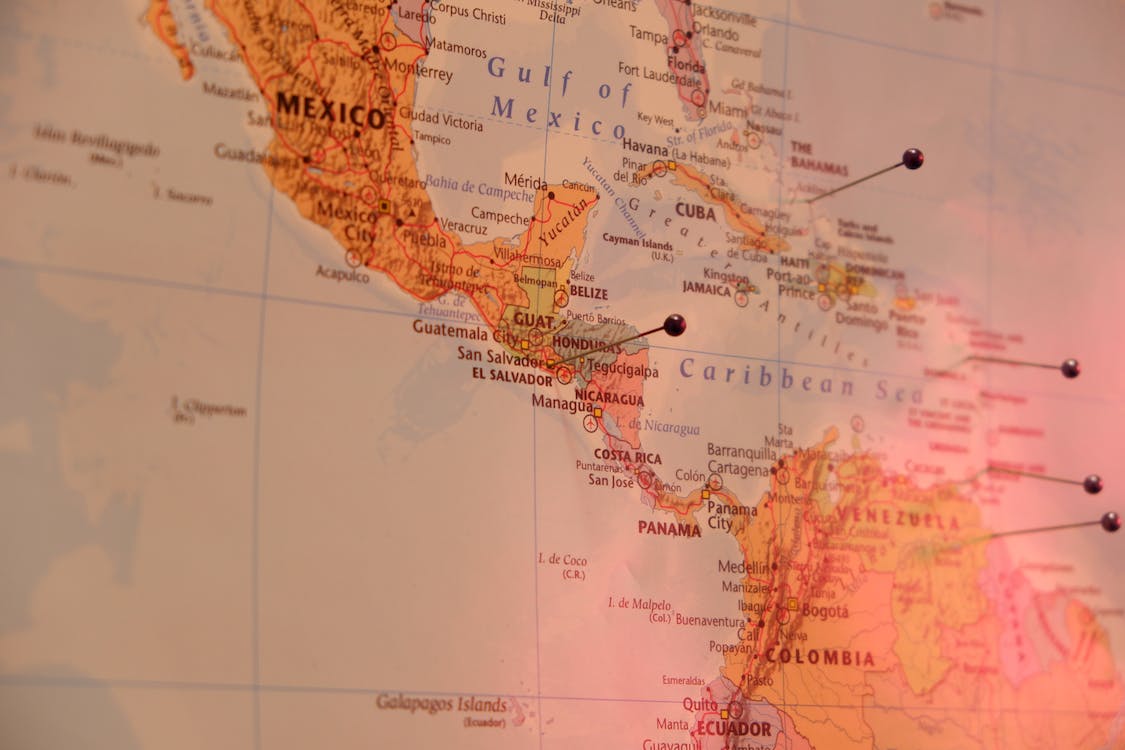 Honduras is a beautiful nation in Central America that is also an officially Spanish-speaking country.

Spanish is widely spoken as a first or second language in the country, as there are many indigenous languages that are also spoken.

English is not popular, with less than 1% of the population listing themselves as English speakers.

Nicaragua is home to some impressive natural landscapes, including volcanoes, canyons, and lakes.

The second-largest rainforest in the Americas is also found in this iconic country.

Over 90% of residents speak Spanish, and Spanish is the official language of this nation.

Over 93% of Guatemalans are Spanish-speaking, and 40% of residents speak indigenous languages as their first tongue.

Guatemala is known for its vast history, iconic culture, and picturesque landscapes similar to those of its neighboring country, Costa Rica.

The rest of the world: Where else is Spanish spoken?

The Caribbean has 3 Spanish-speaking nations, all of which are famous for their coastlines, beaches, and exotic climates.

So, we’ll start with Cuba, undoubtedly one of the most famous Spanish-speaking countries in the world. 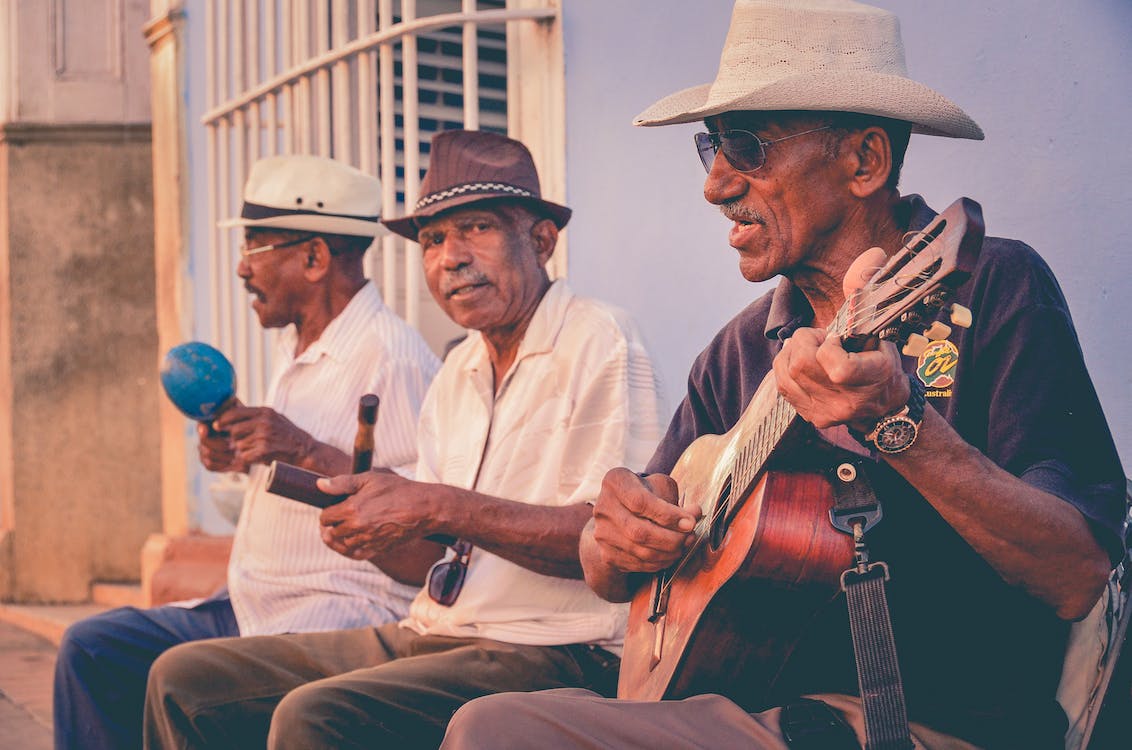 Cuba: The largest Spanish speaking country in the Caribbean

Cuba is the largest island in the Caribbean and is also the most populous.

Stunning natural landscapes, including beaches and mountain ranges, can be found here.

Cuba is renowned for its rich heritage and vibrant culture. To immerse yourself fully in this culture, a knowledge of Spanish would be helpful.

Puerto Rico is also an island in the Caribbean that lists Spanish as an official language.

Travelers will find many of the residents speak English. A mixture of both languages, the term ‘Spanglish’ is popular here.

Puerto Rico is an exciting travel destination, known for the Plaza Las Amèricas shopping district and its rum.

Finally, the Dominican Republic is an island in the Caribbean that lists Spanish as its official language.

With more than eight million residents and booming tourism industry, there is plenty to enjoy in this country. 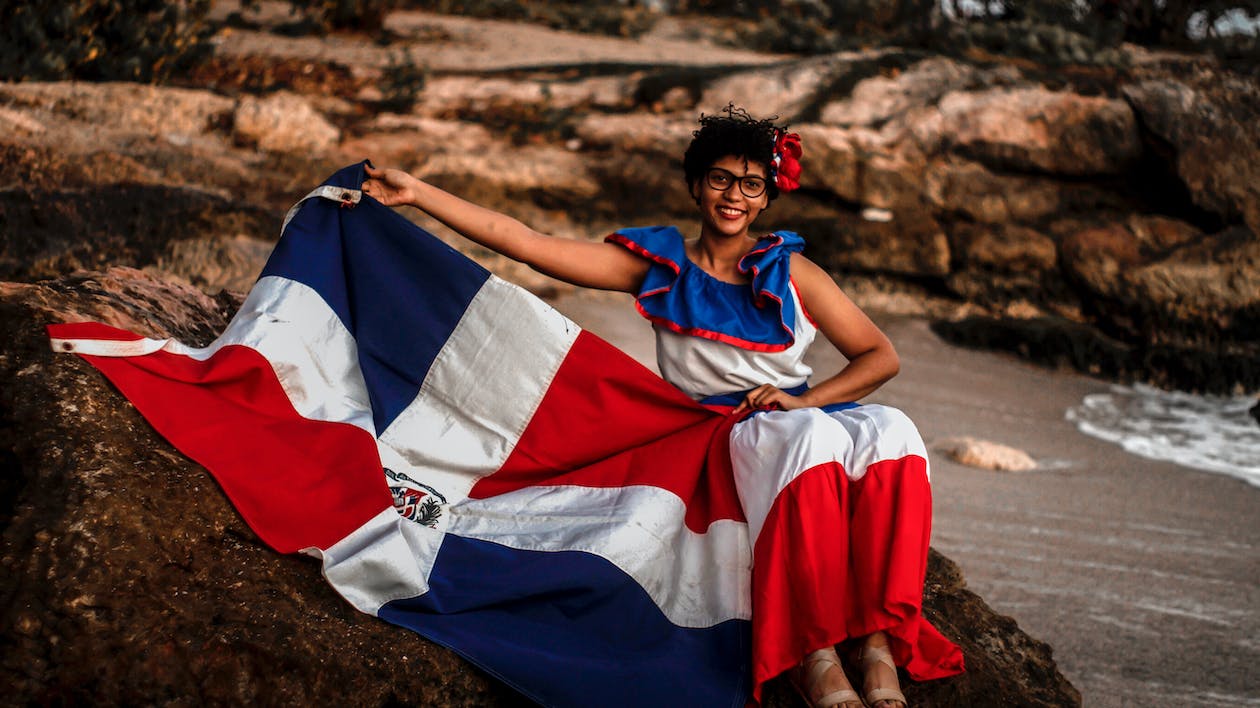 Many travelers will recognize Mexico as a Spanish-speaking country.

Located close to the United States, Mexican Spanish is the de facto language of business, government, and many other key institutions.

Mexico holds the crown of being home to the largest number of native Spanish speakers in the world.

One-eight of the population of Mexico has some knowledge of English, and as little as 4% can speak it fluently.

Thus, in order to experience the vibrant culture of Mexico, Spanish knowledge is needed.

No countries in Asia list Spanish as an official language. However, the Philippines was a Spanish colony for many years. Having been under Spanish rule, some of the population still speak the language. 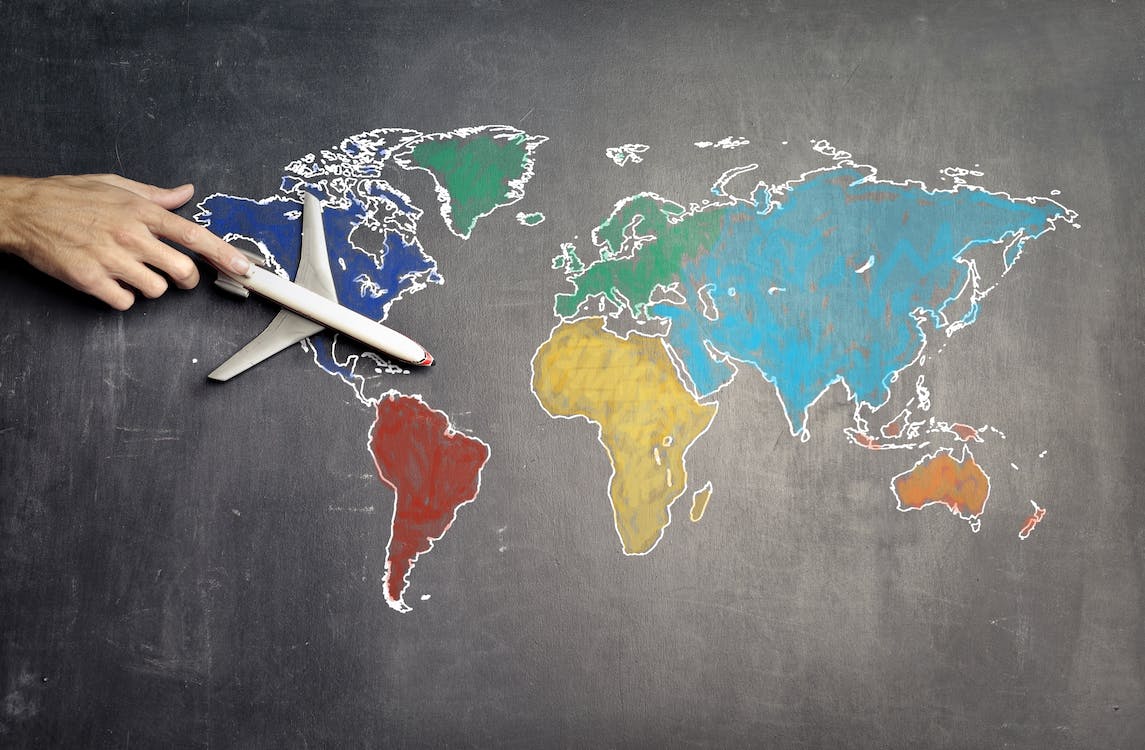 Many countries in Africa list French or Portuguese as their official language.

However, Equatorial Guinea in Africa lists Spanish as an official language.

Over 67% of the population speaks Spanish.

Equatorial Guinea has become quite a linguistic curiosity since Spanish is still so prevalent.

Other nations in Africa are also home to Spanish speakers, including Morocco, which resides close to the Spanish border.

There are many Spanish-speaking nations around the world, and Spanish is one of the most widely-spoken languages globally today.

In a more interconnected world, learning a second language is a clever idea in order to communicate with a wider, more diverse group of people.

As Spanish is a language seen in Europe, Africa, Asia, Central America, and South America, it’s an excellent choice for avid travelers, free spirits, or those who are wanting to expand their horizons.

Rocket Spanish, for example, has a three-level program that offers over 370 hours of lessons, with over 10,000 voice recognition phrases and 98 interactive audio lessons.